The reign of Shame is over. Mother Virtue had lain waste to the ancient evil that was Slur.

Shame had been blasted into the infernal realm, body and soul. Merritt, Fate’s Sword, survived a journey through Hell and back to rescue the soul of Shame’s child. That soul now resided in the body that had been a prison to Virtue’s soul, and was now the child Hope.

Grace and her rebels put fire to the castle and routed the palace guard. Of her group only she had survived and not turned tail. 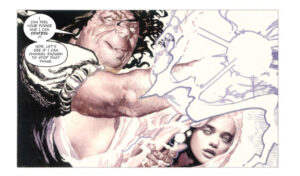 That was how we left things in the previous book in the Shame series, Hope. Hell’s Flaw picks up right on its predecessor’s tail with breathtaking pace and, as usual, breathtaking artwork. The world of Cradle is cruel and beautifully realized, dripping with shadows and eerie colours. Merrit, Hope, and their band of rebels are painted in lighter hues, even as their little group begins to fracture from within. 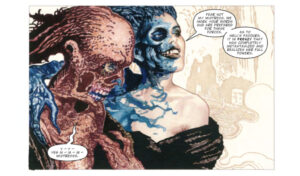 Themes of corruption, power and decay run deep throughout the series, but Hell’s Flaw brings them to a boil. Shame herself might be the greatest evil, but the ideas and impulses that brought her into the world are never far from our protagonists, and serve as a constant (and often literal) temptation. It’s brilliant writing, stunning artwork, and I can’t wait for you to get your hands on it.

Hell’s Flaw is available today, from us, and from your favourite local comic and bookstore. 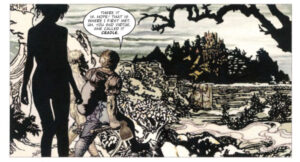 Today at 4 PM ET join us for Health (S)Care: Perso

Hell’s Flaw - book 5 in the Shame series is out

Our mission is to bring stories to life that we are passionate about and believe others will be too. We produce comic books, audiobooks, movies, animation, and novels. We also develop merchandise and games. We are financially supported by the Government of Canada through the Canada Book Fund, and by the Government of Alberta’s Publishing Operating Support Grant.

We acknowledge that our business is sited on traditional Ĩyãħé Nakoda, Stoney Nakoda, lands.