Testing, testing, is this thing on?

Welcome to the new Renegade Arts Entertainment website, designed and built by the wonderfully talented Janelle Desrosiers at Bloom and Brilliance. We’re still getting the hang of it, and there are probably some bits and pieces we still need to finish, but here it is. Hopefully you like it.

I wanted to do a quick roundup on what’s going on at Renegade right now. We have some more great books coming out this season and even more being worked on deep in the Mountain Lair.

Ben Clark’s charming and funny The Spine Chillers comic collection is in stores now. Described by Forbidden Planet Blog as‘Relentlessly funny, and in places, heart breakingly poignant.’ The Spine Chillers shows us how different the lives of Edgar Allan Poe, HP Lovecraft, Ambrose Bierce and Arthur Conan Doyle would have been if they’d all lived together in a simple boarding house. 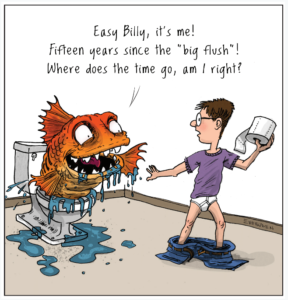 ‘delightfully absurd..unexpected and funny…can only be described as where The Far Side meets the dark side.’

With enough life out loud moments for anyone who appreciates a good joke, and a lot of nods to movies, games and TV shows too, Bogart Creek makes a great gift book for friends and family, a Father’s Day gift or just to help relieve some tension in your life. In stores and our webstore now.

Duty Honour & Izzat by Steven Purewal and Christopher Rawlins, takes us into the history of Canada, England and India as we tell the story of the huge part the British Indian army paid in defeating the German army in WW1. This beautiful illustrated 152 page hardcover, starts with a comic book story (illustrated by Claude St. Aubin and Ruth Redmond) about a teenager in Surrrey, BC reconnecting with his history when his Great Grandfather visits Canada for the first time. This evolves into a found-photo style scrapbook giving us a brief look at the events of WW1, before the book becomes an in-depth historical insight into the contribution of more than 400,000 Punjabi men who fought alongside the British and Canadians. This is recommended reading for anyone who wants to discover more than the whitewashed historical tales we’ve been given before. 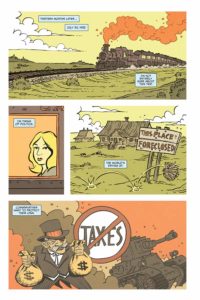 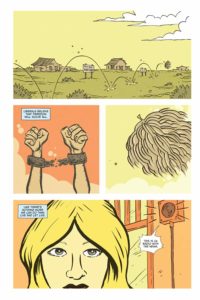 Sticking with our history, our next release is 1st Legion of Utopia by James Davidge, Bob Prodor, Nick Johnson and Ryan Ferrier. The turmoil of the Great Depression galvanized Canadians to rise up and fight for improved labour conditions, social equality and universal healthcare. In the frontier city of Calgary, Holly Burnside and Brian Mah get involved with the founding of the Co-operative Commonwealth Federation, the first national party dedicated to the needs of workers and farmers. Building a compelling narrative on top of the real history, this all Alberta creative team, have crafted a graphic novel that gives us a compelling look at the fight for the rights so many take for granted in modern Canada. Available just in time for the Alberta election, you can order the book now from our webstore, and it should be popping up on comic and bookstore shelves across Canada too. 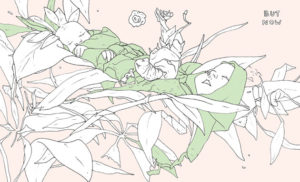 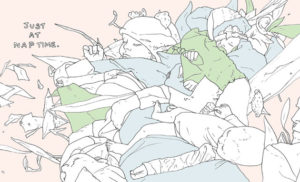 Calgary artist, Shea Proulx, creates art by building up layers of interconnected images, and we are really happy to publish her latest book, Alice at Naptime, a graphic novel containing 190 of her drawings. A poetic exploration of being both a new mother and an artist. When Alice was born Shea, only found time to draw her while she napped. Gradually Alice is multiplied in a tapestry of selves, both large and small, while an overarching narrative whispers through the pages, musing on the meeting of former and future selves. At its core, Alice at Naptime tells a universal story, of a parent pining for past freedoms, while simultaneously descending down a rabbit hole of all-encompassing maternal love.

Alice at Naptime is available to order now, and should be in stores in a few days. It makes a great Mother’s Day gift, baby shower present, and for anyone who has loved unconditionally. 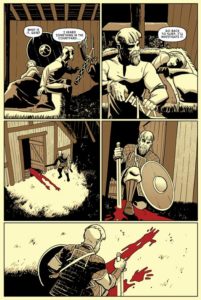 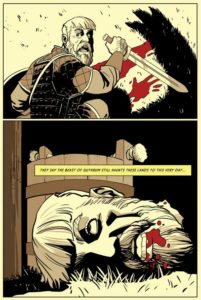 In a few weeks we’ll see The Burning Black: The Legend of Black Shuck by Saskatchewan creators Mark Allard-Will, Ryan Howe and Elaine Will, arrive. This graphic novel reveals the legend that inspired Arthur Conan Doyle’s Sherlock Holmes adventure The Hound of the Baskervilles. It’s looking great so far, a historical horror story.

There are lots of appearances coming up for the creators of these books, including launches for 1st Legion of Utopia at Shelf Life Books on Saturday April 20th at 2pm, and for Alice at Naptime on April 30th at 7pm.

A great selection of these creators will be at the Calgary Comic and Entertainment Expo April 24th-27. Joined by our publisher, Alexander Finbow, and more creators from the Renegade line-up, we’ll have exclusive swag, limited edition books, and as part of our 10th anniversary, the biggest giveaway we’ve ever done as part of our panel discussion on our future publishing plans.

May 11-12, you’ll find us at the Toronto reference library for TCAF, our table will be up on the 3rd floor. That’s the Penthouse level, right? The creators will be at our table over the weekend to sign, sketch and chat with readers, as well as appearing on different panels too.

And of course there is Aurora Con too, up in High Level, Alberta, May 3-4. Our friends at Bear Necessities do a great job of connecting the surrounding communities to cultural opportunities.

More to follow soon, the new GWAR graphic novel is heading our way in October, along with Pass Me By: Gone Fishing by Kyle Simmers and Ryan Danny Owen, and The Saga of the Jack of Spades by CHase Kantor and Daniel Schneider.